Time for another spice and one of you suggested that I research cinnamon next so here we are. The tree branches of the Cinnamomum family are responsible for producing this spice, and these trees are native to the Caribbean, South America, and Southeast Asia.

The use of cinnamon as a medication has been with us since 2000 BC in Ancient Egypt, and the medieval times they would treat things like coughing, arthritis, and sore throats with this spice. Fun fact nowadays, cinnamon is the second most popularly used after black pepper in places like the United States and Europe, and it can be found in different forms.

There are two types of this spice, and they are cassia and Ceylon, and each has a unique nutritional profile. The benefits of adding cinnamon to your diet are, may improve some types of fungal infections with the oils that come from it.

It might help balance the sugar levels in the body; studies in 2015 show that 60 people with type 2 diabetes consumed up to 6 grams (g) of cinnamon per day for between 40 days and four months resulting in lower serum glucose, triglycerides, low-density lipoprotein cholesterol, and total cholesterol.

In its bark cinnamon has extracts that might help with preventing Alzheimer’s disease, however, from the article I read it said that this had got tested on mice, in the hopes that it would help in creating therapies for Alzheimer’s in the future.

Protecting against HIV, in 2016 scientists found that an extract from cinnamon showed anti-HIV activity. Research shows that this spice might prevent multiple sclerosis, lowering the effects of high-fat meals, treating and healing chronic wounds, reducing the risk of cardiovascular disease and preventing cancer.

More frequent uses are cinnamon supplements to treat digestive issues, diabetes, loss of appetite, and other conditions. It also plays a role in traditional medicine for treating bronchitis.

What does a teaspoon of ground cinnamon weighing 2.6 g contain?

I have to say that I’m not familiar with cinnamon at all, so all the information came from research, so you read anything in this post that might be misleading, please let me know so I can fix it. 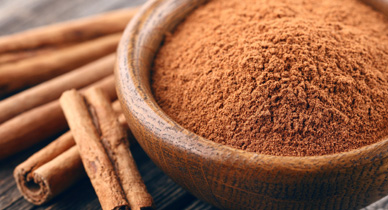