I have seen these ‘spikes on my wheelchair’ post going around and wanted to share my thought on it. “Bronwyn Berg became so fed-up with people manhandling her without asking, she put spikes on her wheelchair.” As a kid, I used to be terrified of people moving my chair without telling me.

Some kids use to try and push me down, the flight of stairs, which is scary. For them it was just a joke or a bit of fun, I don’t think they thought of the harm it could cause me. Due to what I went through is one of the reasons that I believe is vital for young people to become exposed to disability awareness both at home and in schools.

Like that, we can shift the phase from ‘I accept you’ to ‘I understand you.’ we all know, or at least we should understand that having a disability doesn’t make us less than a human. Her partner Hal noticed that after an episode where a stranger started pushing her without asking her and didn’t want to let go and, sadly, no one came to her aid.

Causing her getting super anxious when hearing footsteps getting to close for comfort, so he came up with homemade spikes that don’t go through the skin but are uncomfortable to the touch. I would be scared of kids bumping into me and hurting themselves since I work in a school. If I had the same issue, I would use bright lights or noise sensors because that would make the person react and let go of the wheelchair. 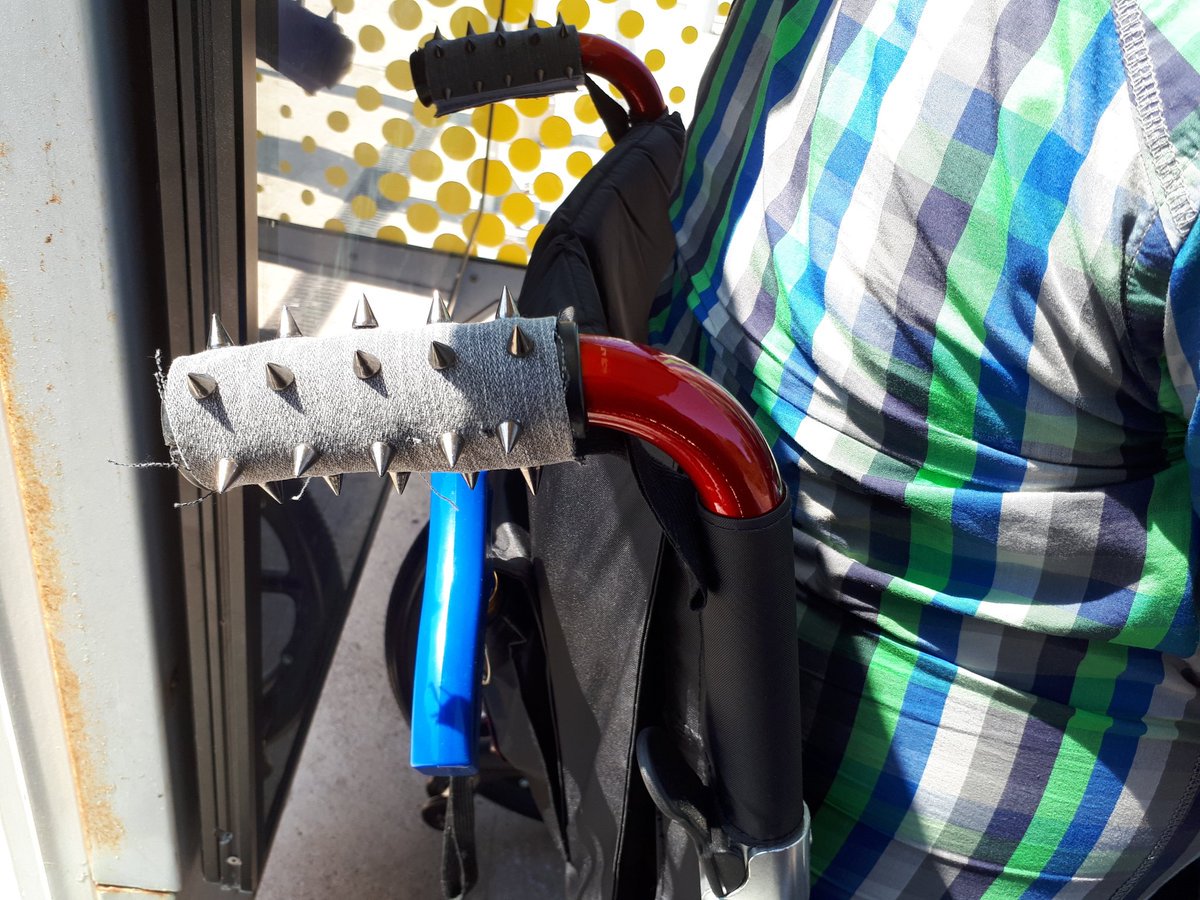 One thought on “Spikes On Wheels?”