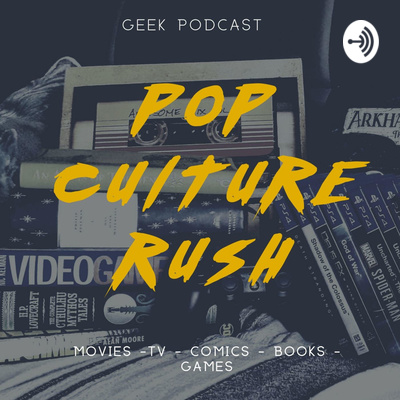 How did the idea of a podcast come around?
I’ve been thinking about starting a TV/videogame podcast for about 10 years at least. I used to listen to the Kojima Productions and LOST official podcasts back in 2007-2009 and then later the Breaking Bad / Better Call Saul insider podcasts. At University, I wanted to start a book podcast for DESA (Department of English Students Association) as I was the president of the organisation at the time. However, I never got round to it as we focused on organising conferences and launching a journal instead. After that, I have always focused on career primarily so I never had time. It was only with the advent of the coronavirus that I finally managed to make things align so I finally did it.
How do you guys decide what you talk about?

My co-host Chris is one of the organisers of the Malta Comic-con and we became friends on a videogame forum as we both are fans of the Legacy of Kain series, one of the best-written stories I’ve ever played in the medium. We also play Dungeons & Dragons together. So it seems like a natural progression to talk about our hobbies of reading books and watching sci-fi/fantasy TV/movies and playing games.  We decided to keep it spoiler-free so instead of going in-depth on one particular franchise, we decided to record our conversations where we suggest to each other what to read/watch/play and why.
Who or how do you pick your guests?

Honestly, we have a bunch of friends and acquaintances who have their own version of the pop culture rush: some are into cosplaying, others are into anime/manga, and some are board-game aficionados. We also love reading books, so several episodes (like the next one) will be dedicated to novels, comics, and short stories. We don’t limit our guests to fantasy and sci-fi, however, so they can talk about anything they’re basically geeking out about.
What did you learn so far?

That if you want to do a project you have to go ahead and start. I can’t believe I procrastinated for 11 years because I thought I wasn’t good enough to capture good audio and I felt overwhelmed by all the technical terms when it comes to editing a recording. However, once I got started it wasn’t that hard and it was even fun.
Anything that surprised you?

I was surprised by the supportive response for the first couple of episodes, as we already had 100 listeners in our first month.
Where did the name Pop Culture Rush come from?
We were trying to find a word that captures the excitement we feel whenever a new movie / game / comic / book / TV show that we’ve been waiting for becomes available, and “Rush” felt like the right word for that.
How do you market Pop Culture Rush?

So far we’ve only set up an Anchor.fm page (https://anchor.fm/popculturerush) and Facebook page (http://facebook.com/popculturerush). We created a few posters / logo  and we also post images of the franchises we will be discussing. I also post the new episodes in various relevant Facebook groups and send it to friends who I think would enjoy it.
Who inspires you?

Other geek podcasts like Wizard and the Bruiser and Hello Future Me on YouTube as they’ve managed to combine fun/entertainment with high-quality production.  I really look forward to when we’re as comfortable behind the mic as they are and can be more at ease while recording.
Who is your target audience?

Anyone who identifies as a geek and who is looking for new suggestions for what they should try for entertainment next.

Any tips or tricks you can share with us?

It’s important to start slow and small at first –  one of my early mistakes was trying to record several people over an internet call:  everyone had different recording equipment and connection levels so the resulting audio was a nightmare to edit.  However, when I pared everything down to the basics it was easier to learn editing skills bit by bit.
A
Alex