Mistletoe usually is seen in our houses around the Christmas period, hidden in a doorway for lovers to kiss under it. Do you know where this tradition began? It said that the Celtic Druids of the 1st century A.D. because it could overcome the frozen winters and still grow. The Druids viewed as a sacred symbol of vivacity and they also gave it to animals and humans in the hopes of better fertility. However, I must warn you that the mistletoe berries are toxic.

Poinsettias are also known as the Christmas flower, and I was shocked to learn that the flower of the poinsettia isn’t really a flower (the red part) but modified leaves. Did you know that poinsettias are native of Mexico? Joel Roberts Poinsett was the person who introduced this plant to America in 1828. The Christmas Cactus is also known as the Thanksgiving Cactus with its botanical name, Schlumbergera. When it comes to looks, this cactus reminds me of a body with red arms. If you were this beautiful plant as a gift and want to keep it alive and blooming for longer keep it in cold temperatures.

The cyclamen flower is also known as the sowbread or the Persian violet, and its petals are hearted shape and come in various colours. In 2000 Cyclamen were classified coming from the family of Myrsinaceae. It’s better not to leave your Cyclamen in water for long because it might cause the stems to rot. 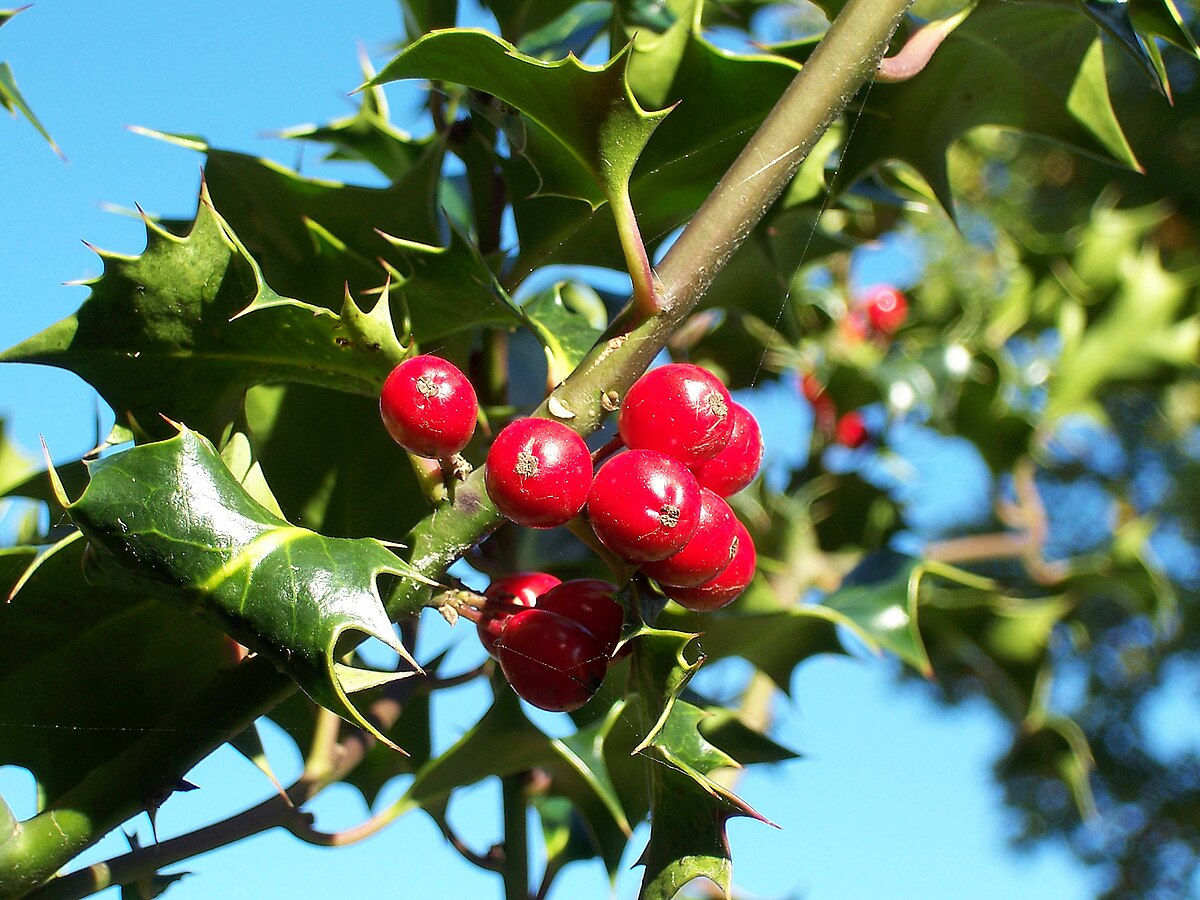 Let me be honest before I’ve done my research, and I thought that Mistletoe and Holly were the same plants and that shows you what a green thumb I have! Here are some fun facts about the holly tree. Giraffes would find it easier to eat holly leaves if they ate from the top of the tree since it has less spiny and this is also the reason why holly leaves are not palatable to insects because they are tough. Another random fact is how to know the gender of bush since if it has berries is female.

I hope you learnt something as I did and happy holidays.

One thought on “Blogmas Day 14: Five Christmas Flowers And Plants!”