I’m sure that all of us saw or played with a deck of cards. However, have you ever thought of the history behind these cards? I asked that question myself, so after doing some research, I know a thing or two that I would like to share with you all.

We do know some facts when it comes to the beginning and the origins of the deck, we also know that other points are still up to debate. Part of the issue is that paper isn’t a source that stands the age of time; therefore, we can’t find a sample of an earlier era to test. Some of the first examples of cards got traced back to the east in India, Persia and Egypt although most researchers believe that the game originated in China side by side games such as Dominoes and Mah-jong. Of course, this is a theory among many others since no one knows for sure.

The Chinese were the ones who invented paper and paint, and samples go back to 1294. Some details in today’s deck of cards have some similarities to decks that go back in time to 800 years ago, so in a way, we see history every time we look at a pack of cards.

Like everything else, cards have a rich history of their own, and I feel that its story ended once online gaming got introduced with endless games where you could choose to play alone in front of a computer, unlike the street card games that you used to see a few years ago between neighbours in the evening. 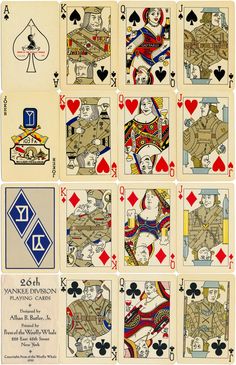