This book has brought alive and showed a form of how I can enjoy fantasy and classics which I usually don’t like in the way of retellings. My first thought for some reason was that this was based on A Tale of Two Cities by Charles Dickens when I saw the title and to be honest, I don’t why my mind made that connection.

Then I read some things that made me think of bible stories because of the similarities the two held, and that point got me more confused, but that also kept me guessing and interested to see where the story is going, and beautiful writing gave it a boost. At first, I thought that Rowan Cambridge, the princess of House Cambridge was a male, I guess, that is my fault for never reading blurbs before I read a book, I don’t want to be spoiled of anything.

Then we see the other side of the coin when we meet Julian Montgomery the future king of House Montgomery. Both Julian and Rowan are demanded to fight a war that has been going on for years to the point where neither of them knows the reason behind the battle of the desert and the forest. They both want change and freedom for the sake of their people.

After reading some reviews, I found out that is a retelling of Romeo & Juliet by Shakespeare, of course, is a classic. Which now makes sense of the things that happen in the book. This book is an excellent piece of pose. My rating for A Tale of Two Houses (Defy the Stars #1) by Susan Harris a four out of five stars. If you like quest type things this book is for you. 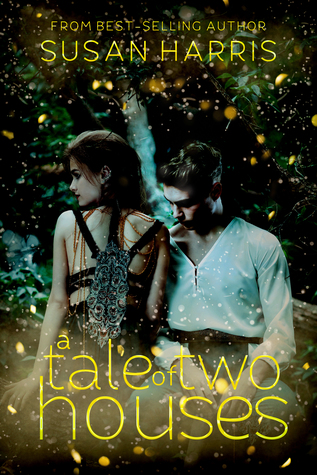