Homelessness is something that we choose not to see especial here in Malta but just because we don’t face doesn’t mean it doesn’t exist. However, the town of Kingman, Arizona, went the extra mile. James Zyla, aka Santa James, managed to bring the village of Kingman back together after an ugly incident that slit the town in half.

James, a former real-estate salesman, fell on hard times and ended up homeless, and this is when the goodness in this world made an appearance. The residents of Kingman decided to adopt James as the town’s grandfather.

“After an ugly incident split this town, the citizens found common ground when they anointed a homeless poet their “adopted grandfather.”

When interviewed by the Los Angeles Times, he said “It’s not just the young or the old. It permeates the generations.” This statement shows James’s singular spirit and kind heart. After discovering his musical gift and the beautiful ability with words.

The residents made it their mission to give him a place where he can stay, gigs to play and socialise and giving him a helping hand whenever he needs it in exchange for a hug or a smile. The mayor gave him the key to the city. His story became the symbol of hope for this little town. 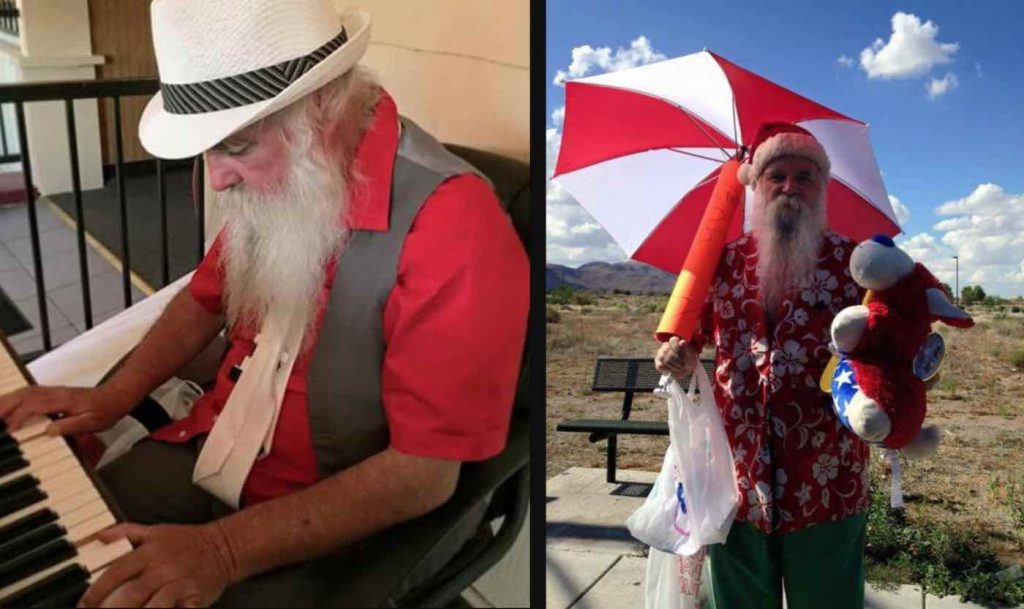