A few years back, this story was all over the news. Then one day I was browsing Netflix and came across the series Three Girls, and I found the book Girl A: The truth about the Rochdale sex ring by the victim who stopped them by Girl A. Even from that book title you kind of guess that this book deals with a heavy subject. That’s the reason I avoided reading this book until now.

As we can in the first chapter ‘girl a’ as she became known, had that is considered a ‘normal’ life before her teen years. I’m saying this because this also shows that this can happen to anyone regardless of the lifestyle you grow up in. What was shocking to me was that a person who was once her friend becomes her pimp and force her to be gang raped. The only reason I thought of was that Emma (the pimp) wasn’t strong enough or capable of breaking the ugly cycle she found herself in.

Something else that I noticed was the strength that human beings get when they become a parent to break any bad habits that they might have because now they have another life to take care of, that solely depends on them. I gave this book a five out of five stars because it deserves it. 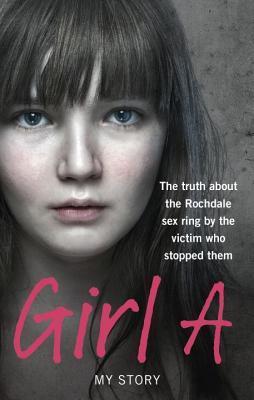