I look at what I have on my kindle and came up with the top five thrillers I want to read.

ONE LAST KILL by Finn Bell 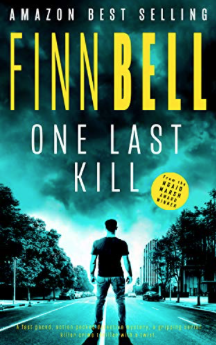 IF YOU HURT SOMEONE BAD ENOUGH THERE’S NOTHING YOU CAN’T MAKE THEM DO.
Bobby Ress is a cop with a simple life.
He believes in making a difference.
He loves his wife and his daughter.
He has a place in the world.

Then people start dying, a lot of them, in horrible ways. It’s a case like no other. And step by gruesome step the simple, true things Bobby knew to be right and good begin to make less and less sense. Because Bobby is learning about pain. He doesn’t like to admit it. He doesn’t like to know, but he’s slowly realizing: If you hurt someone bad enough for long enough then there’s nothing, absolutely nothing, you can’t make them do. 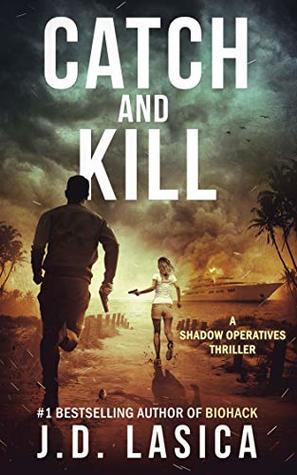 What happened to the girls? Overnight, hundreds of teenage girls disappear from the streets of America.

Off the coast of Florida, a virtual reality theme park opens for the super-rich.

Are the two connected?

When two assailants accost twenty-three-year-old Kaden Baker at an awards gala, she enters a maelstrom of high-tech international intrigue that pits her against a mysterious foe.

It will take all her covert ops and hacking skills as she allies with a group of family members to battle an enemy out to unleash a mass attack on the U.S. and West by stealth.

Can they bring the girls home and thwart the unthinkable? 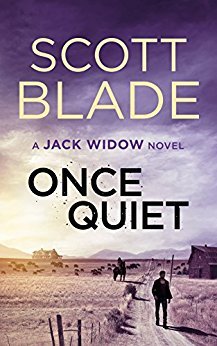 Lately, Jack Widow has enjoyed a quiet life on the road with no troubles, but a lifestyle like his costs money. A low bank account balance causes Widow to take temporary work on a dying, secluded cattle ranch in northern Montana.

Widow works for the Sossaman family, taking orders from a hauntingly beautiful wife named Crispin. Quickly, Widow grows attached to Crispin Sossaman and her two sons. But his attachment to her may be more than attraction.

Two strange things are going on around the ranch. The first is that the husband has been in a mysterious coma for five years. He’s wired to hospital machines, feeding tubes, and a breathing apparatus to keep him alive.

Once Quiet is the fifth thriller in the Jack Widow series. This time, Jack Widow must fight his insatiable feelings for a married woman in order to stop a sinister enemy that lurks in the shadows.

You Saw Too Much (Lori Turner #1) by Jay Nadal, Adam Nicholls 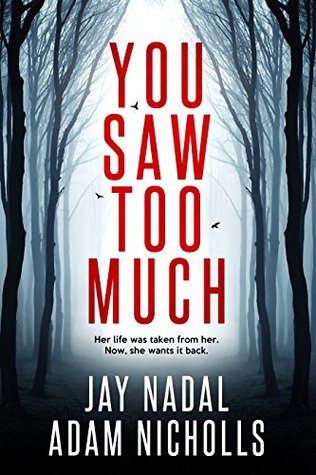 Her life was taken from her. Now, she wants it back.

Lori had it all until that day: the perfect marriage, a job she loved, and a beautiful home in a small town. But when a tragic car wreck takes her husband’s life and leaves her hospitalized, she has to learn to live alone again. Her friends look out for her, or so they say, but they don’t believe her when she says she’s being followed.

Her counselor says she’s suffering PTSD, and her sister says she’s paranoid. But Lori knows herself better than anyone else does, and she’s certain someone is watching her. What she doesn’t know is why, but she’ll do anything to find out – even if it costs her life. 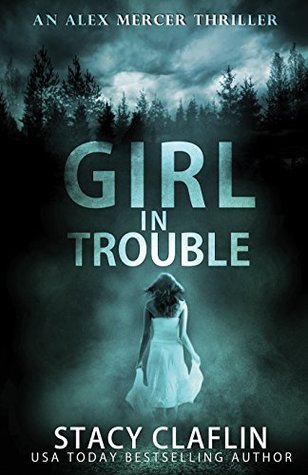 He gave up his daughter years ago, but now he’ll risk his life to save hers.

Alex Mercer is no stranger to kidnappings. The emotional scars still run deep from his sister’s disappearance years earlier. His daughter Ariana remains safe long after her adoption, and he cherishes the few times a year he gets to see her. The joy is palpable when he takes her on their first one-on-one outing. At least until he pauses to answer a text and Ariana disappears…

Wracked with guilt and determined to find answers, Alex teams up with an unlikely ally at the police department. As the clues reveal a pattern of missing girls, the kidnapping case becomes a race against time to save Ariana. What cost is Alex willing to pay to keep his daughter alive?