So, I asked my friend Hannah from HannacondaBlog and Terra from Bookbanditblog to choose books from my kindle to read. To add a bit more of a challenge I will be trying to review all the books that they chose for me and if you read any of my reviews you know that I’m not really good at reviewing books but I try my best. Now onto the books.

Professional, experienced contract burglar.
It’s not exactly something you can put on a business card.

Molly Miranda has made a successful living from “acquiring” valuables and delivering them to clients who pay buckets of cash for her unique services.

So what if she has to lie about her lavish lifestyle in Manhattan and her frequent trips out of the country? Molly has everything under control.

Things go astray when she knocks boots with her charming roommate right before taking off to Scotland with an untrustworthy wildcard on a job assignment that doesn’t go quite as planned.

It doesn’t help that this new partner-in-crime is super annoying. And attractive…

Join Molly on her hilarious adventures as she dodges bullets, trespasses, wears disguises, and steals her way into trouble.

After fleeing Miami for a new start, Akilah was the last thing 19-year-old Rafael needed.

She was everything he avoided in the past with girls. Opinionated. Assertive. Shrewd. Too curious for her own good. Bold. Daring. The type you didn’t want involved when you were running and had something to hide.

He fell for her anyway.

But shouldn’t and can’t aren’t in her vocabulary. And there are a lot of other reasons, little things really, that Rafael should be with her that outweigh the big things.

But when his past, my abuser, the reason he lived on the streets for three years, the reason he can never go back home, the biggest reason he shouldn’t get involved with Akilah, comes knocking on the door, Rafael has a choice to make.

Confront it. Or lose Akilah forever.

This is an alternate cover version for ASIN: B006KHWEKQ

Tasmyn Vaughn didn’t expect much when her dad’s job moved them to a small town in Florida; it was just another new school. But there is more to King than meets the eye, and soon Tasmyn’s ability to hear other’s thoughts is the least of her worries. Entangled in a web of first love, quirky and secretive townsfolk, magic and blood rituals, she discovers the town’s secrets aren’t just bizarre, they’re deadly.

College professor Mallory Fredrick loves her job in a city that feels like home, but after a student attacks her on social media, she loses her peace of mind and confidence. When her college offers a sabbatical, she jumps at the chance to escape to her hometown in Texas.

Entrepreneur Alec O’Donnell specializes in helping people in crisis. He’s built his company and career on packing up lives as people start over. It’s just business until he meets Mallory. Something about the beautiful and fragile woman who still manages to hold on to her sense of humor affects him. As feelings develop, he realizes he’s not ready for her to move out of his life.

Can Mallory find peace, or will a second setback keep her from coming home for good?

George Mahood had a nice, easy, comfortable life. He had a job, a house, a wife and kids. But something was missing. He was stuck in a routine of working, changing nappies and cleaning up cat sick. He felt like he was missing out on a lot of what the world had to offer.

He then discovered that it was Bubble Wrap Appreciation Day. The day after that was National Curmudgeon Day, and the day after that was Inane Answering Machine Message Day. In fact, the calendar is FULL of these quirky, weird and wonderful events. He realised that somebody somewhere had created these holidays, believing that they were important enough to warrant their own official day. Surely he should therefore be more appreciative of their existence? So he decided to try and celebrate them all. As you do. He hoped that at the end of the challenge he would be transformed into a happier, more intelligent and more content person.

Follow George on his hilarious, life changing adventure as he tries to balance his normal life with a wealth of new experiences, people, facts and ridiculous situations. It’s a rip-roaring, life-affirming, roller-coaster of a ride, where every day is a holiday.

If you think you know how this story ends — think again!

Centuries ago, the royal house of witches in Vernanthia split into two factions: House Cambridge and House Montgomery. These two houses warred with each other for an age, causing widespread bloodshed and death. Those without magic — the Nulls — suffered the most. One day, a favored daughter of the Nulls was slain. With her dying breath, she cursed the covens to know no peace until love was possible between the houses.

That curse had long since been forgotten — until now.

Julian Montgomery is the reluctant Prince of House Montgomery and Rowan Cambridge is in no rush to become the Queen of House Cambridge. Both heirs long for freedom from their birthright obligations. When fate throws these two star-crossed lovers together, it sends them on a collision course with destiny that neither could have predicted.

Shakespeare’s classic Romeo & Juliet is reimagined in this compelling drama about two young people drawn by fate into an unwinnable situation. If you think you know how this story ends — think again! 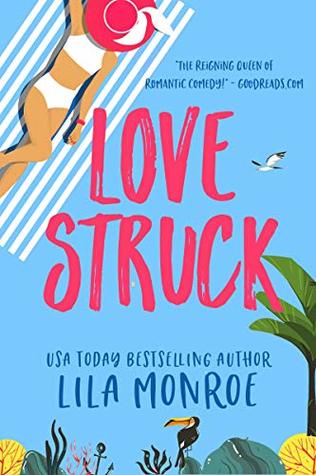 Will Cassidy is hot, infuriating, and the guy behind the biggest heart-stomping humiliation of my life. He’s also hosting my BFF’s destination wedding at his super-luxe tropical resort, so short of a hurricane or outbreak of the plague (here’s hoping), I’m stuck within t̶o̶n̶g̶u̶e̶’s̶ arm’s reach of him for the next seven days.

But I’m not a naive college girl anymore, and there’s no way I’m falling for his (many) charms again. I just have to ignore the romantic wedding shenanigans, his miraculous abs, all those intimate beach sunsets… And did I mention those abs?

Maybe a wild vacation fling is exactly what I need to even the score… But between the scorching chemistry and all-inclusive margaritas, I’m getting drunk on love. Which definitely isn’t part of the plan.

Can I keep my heart zipped – even if my bikini bottoms are lost somewhere on that nude beach? And how do you let go of the past when you’re holding on tight to the past’s (very ripped) torso?

It looks like my friends chose seven books for me. I’m honest with you guys I’m not worried when it comes to reading the books but reviewing them is another story.

One thought on “My Friends Choose My Next Reads Kindle Edition”