Her name was Deedee Dahlen and she was famous from the day she was
born. The tabloids, anxious for a respite from war news and ration stamp
scandals, called her “The Million-Dollar Baby” because of the million-dollar
trust fund her grandfather established for her on the day after her birth. At a
time when the minimum wage was thirty cents an hour and the Dow stood at
144, at a time when stagflation, Arab oil embargoes and double digit inflation
had never been heard of, a million dollars was a huge amount of money. A
million dollars seemed, even to rich people, like all the money in the world.
The gossip raged from Park Avenue to Wall Street, from Locust Valley to
Newport. The table-hoppers at the Stork Club and El Morocco, the shoppers
in the fitting rooms at Mainbocher, the Scotch sippers at “21” and the
lunchers at the Colony all speculated about what Luther Dahlen’s million
dollars was buying. Was the trust fund simply a loving gesture from a rich
and indulgent man to his first granddaughter? 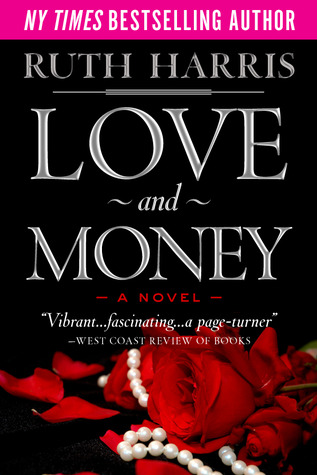 The lines I chose this week are from Love and Money (20th Century #3) by Ruth Harris, and it kept me on my toes all the way through, and I gave four stars.