December 24: Books I Hope to Find Under My Tree.

When Skye Rogers and her twin brother Red move to Manhattan, rumours of a coming global apocalypse are building. But this does not stop the young elite of New York from partying without a care.

CAN YOU KEEP A SECRET?

And then suddenly Skye is invited to join an exclusive gang known as the Secret Runners of New York.
But this is no ordinary clique – they have access to an underground portal that can transport them into the future. And what Skye discovers in the future is horrifying: the rumours about the coming apocalypse are true . . .

RUN! AS FAST AS YOU CAN!

As society crumbles and Skye and Red race to figure out how to use their knowledge to survive the impending annihilation, they soon discover that the chaotic end of the world is a fine time for revenge . . .

Lost letters have only one hope for survival…

When William discovers letters addressed simply to ‘My Great Love’ his work takes on new meaning. Written by a woman to a soulmate she hasn’t met yet, the missives stir William in ways he didn’t know were possible. Soon he begins to wonder: Could William be her great love?

William must follow the clues in Winter’s letters to solve his most important mystery yet: the human heart.

The body of the head teacher of an exclusive Devon school is found hanging from the rafters in the assembly hall.

Hours earlier he’d received a package, and only he could understand the silent message it conveyed. It meant the end.

But as they’re drawn into a network of corruption, lies and exploitation, every step brings them closer to grim secrets hidden at the heart of their community.

And once they learn what’s motivating this killer, will they truly want to stop him?

Can you keep a secret? Your life depends on it…

Bridget Reid has a secret, one that could get her killed… If she can escape the man who is keeping her locked in a basement bedroom.

DS Imogen Grey is good at keeping secrets – truths she’d never reveal to her colleagues at Exeter Police. She worked hard to get where she is – she nearly died for it. Now her past is catching up with her…

As DS Grey and her partner DS Adrian Miles search for Bridget, they uncover a terrifying web of abuse, betrayal and murder. And they realise that some secrets are better left buried.

When a burned body is found in a disused signal box, suspicion falls on lonely teenager Gabriel Webb. There’s no doubt he was at the scene of the crime, but does he really deserve what awaits him in prison?

DS Imogen Grey is certain there’s more to the case than meets the eye. But while she struggles to convince those around her of the truth, her partner DS Adrian Miles is distracted by his own demons.

When a brutal double murder is reported, their investigation is stopped in its tracks. Is the body in the box even who they thought it was? The duo realise Gabriel might have been locked up for a crime he didn’t commit. But with enemies watching Gabriel’s every move, they may be too late.

Miles and Grey are back in the thrilling new novel from bestselling author Katerina Diamond, perfect for fans of Karin Slaughter and M.J. Arlidge.

‘All hail the new Queen of Crime!’ Heat

As Connor’s life in England begins to unravel, DS Adrian Miles and his partner Imogen Grey are working up against the clock to catch a serial killer who dates his victims before he kills them. Determined to uncover the truth, Imogen is forced to act as bait – but will she take it too far and risk her own life?

Take a journey through time and genres and discover a past where queer figures live, love and shape the world around them. Seventeen of the best young adult authors across the queer spectrum have come together to create a collection of beautifully written diverse historical fiction for teens.

From a retelling of Little Red Riding Hood set in war-torn 1870s Mexico featuring a transgender soldier, to two girls falling in love while mourning the death of Kurt Cobain, forbidden love in a sixteenth-century Spanish convent or an asexual girl discovering her identity amid the 1970s roller-disco scene, All Out tells a diverse range of stories across cultures, time periods and identities, shedding light on an area of history often ignored or forgotten.

Paris, at the dawn of the modern age:

Prince Sebastian is looking for a bride―or rather, his parents are looking for one for him. Sebastian is too busy hiding his secret life from everyone. At night he puts on daring dresses and takes Paris by storm as the fabulous Lady Crystallia―the hottest fashion icon in the world capital of fashion!

Sebastian’s secret weapon (and best friend) is the brilliant dressmaker Frances―one of only two people who know the truth: sometimes this boy wears dresses. But Frances dreams of greatness, and being someone’s secret weapon means being a secret. Forever. How long can Frances defer her dreams to protect a friend? Jen Wang weaves an exuberantly romantic tale of identity, young love, art, and family. A fairy tale for any age, The Prince and the Dressmaker will steal your heart.

Now that high school is over, Ari is dying to move to the big city with his ultra-hip band—if he can just persuade his dad to let him quit his job at their struggling family bakery. Though he loved working there as a kid, Ari cannot fathom a life wasting away over rising dough and hot ovens. But while interviewing candidates for his replacement, Ari meets Hector, an easygoing guy who loves baking as much as Ari wants to escape it. As they become closer over batches of bread, love is ready to bloom . . . that is, if Ari doesn’t ruin everything.

Writer Kevin Panetta and artist Savanna Ganucheau concoct a delicious recipe of intricately illustrated baking scenes and blushing young love, in which the choices we make can have terrible consequences, but the people who love us can help us grow.

The year is 490 AD. Fiery 16-year-old Elaine of Ascolat, the daughter of one of King Arthur’s supporters, lives with her father on Arthur’s base camp, the sole girl in a militaristic world of men.

Elaine’s only girl companion is the mysterious Morgan, Arthur’s older sister, but Elaine cannot tell Morgan her deepest secret: She is in love with Lancelot, Arthur’s second-in-command. However, when yet another girl — the lovely Gwynivere– joins their world, Elaine is confronted with startling emotions of jealousy and rivalry. But can her love for Lancelot survive the birth of an empire?

I already have some of the books on this list, because they were gifted to me by my sister so, your job is to guess which books I already own! 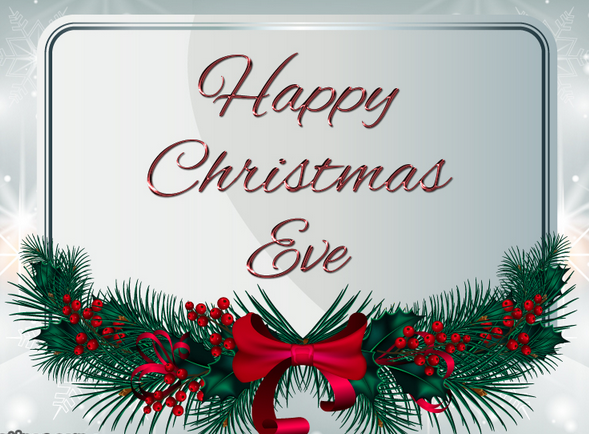