Gender binaries remain entrenched for English-speaking people because they are so firmly entrenched in our language. Lacking gender-neutral pronouns to refer to sentient beings, we are constantly asked to determine whether the person about whom we are speaking or writing is male or female. This creates a problem that is shared both by the church and by people who identify as LGBTQ.

Progressive liturgists have for decades grappled with the inadequacy of gender binaries in our speech about God, whom scripture tells us plainly is neither male nor female—or is both male and female—even as the text itself, in numerous tongues, continuously uses masculine language for God, somewhat offset by metaphors that confer female attributes both to God and to Jesus. LGBTQ people, meanwhile, find ourselves trying to create language that accurately communicates our complex relationships to gender identity.

This book will draw on queer linguistic insights as a genuine effort to speak as authentically as possible about the nature of God and humanity.

When speaking about God, I am going to employ gender-neutral pronouns developed by transgender activists and writers: “Ze” and “Hir.” To clarify that I am referring to God, I will capitalize these words. When speaking about human beings, I will use a mix of “she/her,” “ze/hir,” and “he/him/his.” I will choose one of these for each paragraph or example and attempt to use it consistently. I will also employ the term “trans*,” asterisked, to acknowledge the diversity of gender identities and expressions that exist within transgender experience. 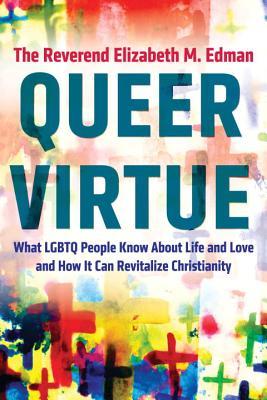