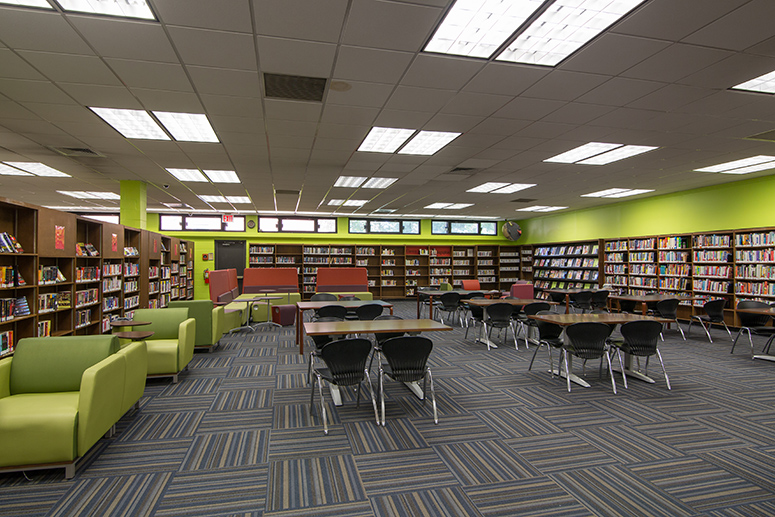 The Edenwald Branch of The New York Public Library is a medium-sized library located on East 233rd Street and DeReimer Avenue near Seton Falls Park in the Bronx. Located in a multiethnic community, the branch serves a predominantly African-American and Caribbean community. Fully Accessible For Wheelchair. 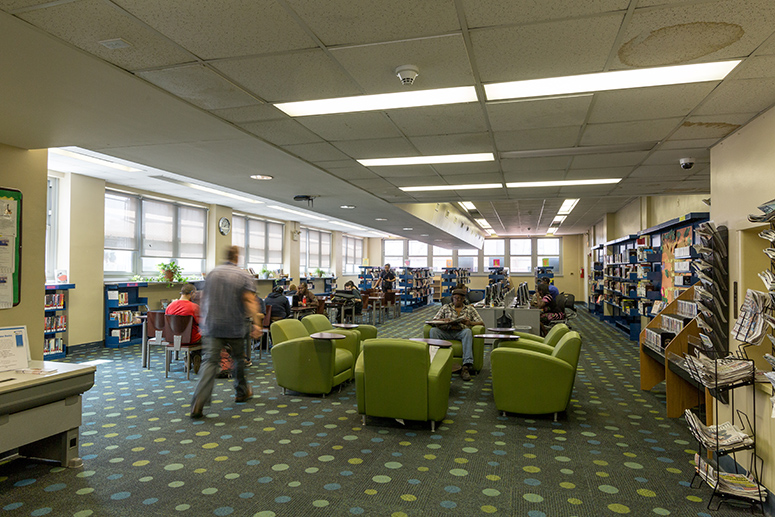 The West Farms Branch, which began as a sub-branch of The New York Public Library in 1929, has been serving residents of the South Bronx in its present location on Honeywell Avenue since 1954. The branch has reading rooms for adults and young adults on the first floor, and a children’s room on the second floor with a toddler area and a separate story-hour room. A 1,200 square-foot outdoor reading area opens off the first floor. Fully Accessible For Wheelchair.

Pasir Ris Public Library was officially opened on 6 October 2000 by Rear-Admiral (NS) Teo Chee Hean, then Member of Parliament for Pasir Ris GRC, Minister for Education and Second Minister of Defence. The library was closed from 1 March 2015 for major upgrading. It reopened its doors to the public on 28 November 2015. Deputy Prime Minister & Coordinating Minister for National Security, Mr Teo Chee Hean, officiated the reopening ceremony.

Situated within the popular White Sands Shopping Centre, the new library covers an area of 1,986 square meters, and serves residents in the North East areas of Elias, Pasir Ris Drive and Pasir Ris Town. Pasir Ris Public Library is the first shopping mall library to feature a special teens’ mezzanine, a dedicated space for teens to hang out, both for reading and leisure. 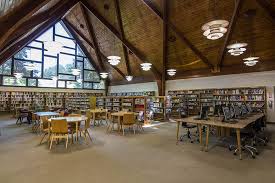 The Riverdale Branch of The New York Public Library was built in 1967 at the request of community residents to replace their small local library. It has book collections for adults, young adults, and children, as well as videos, DVDs, CDs, recorded books for borrowing, and a small collection of material in languages other than English, with an emphasis on Russian books. Wheelchair user friendly.

James B. Hunt Jr. Library is a library of North Carolina State University and located at Raleigh, North Carolina. It is a state-of-the-art research library that provides collaborative spaces consisting new technology within a magnificant architecture. It encourrages to undertake experimentations, technology intensive projects while showcasing knowledge learned from range of scholars.

The Library of Birmingham, located at Birmingham, UK, is one of the largest public libraries of UK. The library has been recognized for its innovative design and for its positive social impact. The futuristic new building aims to bring traditional book lending into the 21st Century.

The McAllen Public Library of McAllen, Texas, USA, one of the largest for a single floor library, is a source of pride for the city. There are study rooms, a children’s library, a bookstore, a computer lab, a small theater, a snack bar, and an outdoor nature walk.

Seattle Central Library is located at Seattle, Washington. The unique design of this library consists of several discrete “floating platforms”. One of the listed Americans’ most favorite structures, the architects worked to make the library inviting to the public, rather than stuffy, which was found to be the popular perception of libraries as a whole. 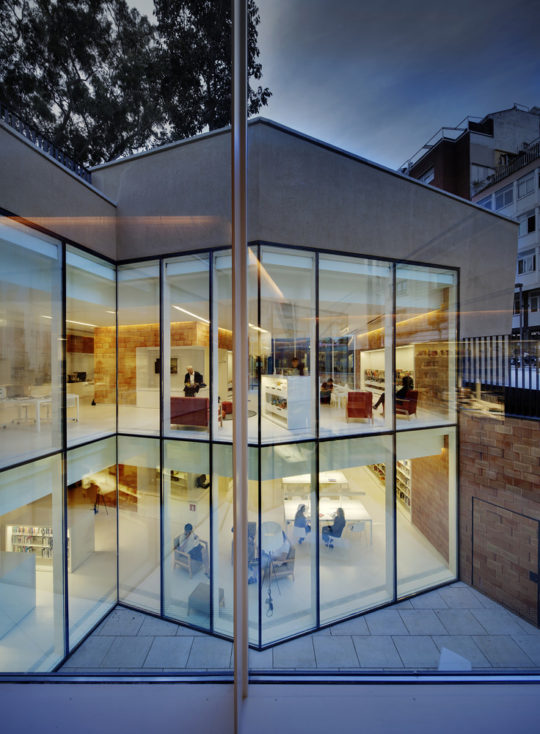 Joan Maragall Library is located in Barcelona, inserted under the garden of Florida Villa.

Designed by BCQ Arquitectura, the building is formed by the “light and silence courtyards” and “books and knowledge courtyards.” The first, surrounded by glass, light and ventilate the interior while isolating the library from the street. 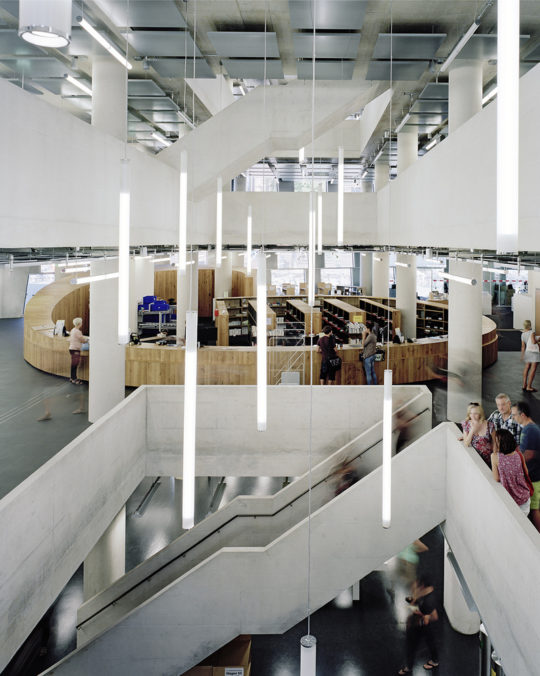 The original library of the Freiburg University was rebuilt in 2015 following the project of Degelo Architects.

The new building has 41,000 square meters and looks like a cut diamond. Inside, there are 1,200 workspaces in four reading rooms plus 500 work areas in the parlatory, where group work is encouraged.

The library offers in the basement a system of automated checkout machines and 700,000 volumes that can be borrowed