This topic opened itself to me last year when a co-worker led me to this book.
The Last Rhinos: My Battle to Save One of the World’s Greatest Creatures
by Lawrence Anthony, Graham Spence 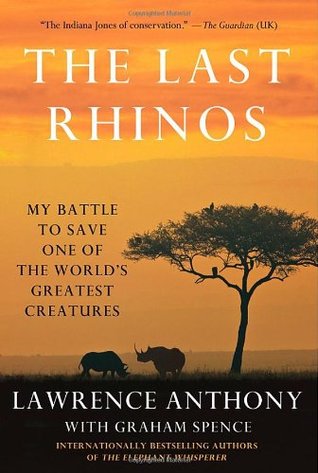 The strongest feeling, I had when reading the first few chapters was anger to my race, humans. In the black-market rhino horns cost more than gold. Many cultures believe that the horns have magic and healing powers. However, science tells that horns only consist of keratin, like human hair and nails. In other words, this beautiful aminal is being killed for the proteins found in our hair and nails.
I looked at statistics of 2017; I wanted to scream 1028 rhinos were poached in their homeland of South Africa.